I never understood the draw 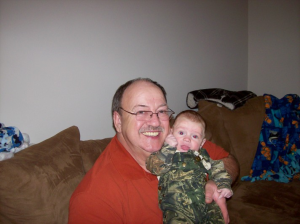 of seeing a giant ball of twine

yet it has defined this town.

Still brings in the curious

to stare and have their picture taken

with its massive, misshapen form.

They laugh and think themselves unique

to pose with hands upon this string

as if they could push it from its shelter

and send it rolling on towards Denver

where years ago (I was in high school),

we were told it could reach.

Once some bastard set the ball on fire.

Townsfolk called for blood but the case

was never solved although the sheriff

was said to know the out of town culprit,

but feared for the kid’s life.

The ball was patched and covered up

and life went on and folks calmed down

but a feud later erupted when news reached us

that in a place called Darwin, there was

a bigger twine ball. The sacred book of records

honored us at first, but once the other ball

was measured, we came in second.

to add size to our famous ball

until we won back the record

and the signs could again read,

without including the shameful “One of The…“

I showed up at the first few Twine-a-Thons

more an excuse to drink beer.

There are those who come out

to pay homage to this ball

that has brought the town fame,

but not fortune, as you can see.

Even add some twine if you need

to feel a kinship to the locals and

this twine god but don’t look to do much

shopping as the stores are mostly closed,

or torn down after standing empty

near the great and wondrous ball

which I never understood.

Lee Mick was raised in Mitchell County, a third generation Kansan, living in Cawker City. He married his wife Denelle in 1978, and is the father of two grown children, Travis and Shawna, and Grandpa to one, so far, little Johnathan. His poetry also appears in the Kansas Authors Club anthology Tallgrass Voices published by Hillsong Press.