Of a sneeze of movement to release

Pandora’s Box of hurt from above

Near the cemetery, where the dead

Have a place outside town, from

Attack while raiding cut maize and

As is the pasture’s pond nearby

Roofed by rasping whips when wind

As Russian rivers, the paths danced to

Bare earth by quick pads of paws as

Of feet each day to socials, to burrows

While at night they cuddle in warmth

Covered and tucked-in to sleep under

Such grass in order to forget the sun

Dan Pohl instructs English composition at Hutchinson Community College in Hutchinson, Kansas. Woodley Press will publish his first book of poetry Autochthonous: Found in Place in late 2013. He lives in Moundridge, Kansas, and writes poems and prose poems. He judged the 2013 Nelson Poetry Book Contest. People can find his work published in two 2013 anthologies: Begin Again: 150 Kansas Poems (Woodley Press) and To the Stars through Difficulties (Mammoth Publications), both edited by past Kansas Poet Laureate Caryn Mirriam-Goldberg. A sampling of his poems is found online at <kansaspoets.com>.

Guest Editor: Izzy Wasserstein, a Lecturer in English at Washburn University, was born and raised on the Great Plains. Her first poetry collection, This Ecstasy They Call Damnation, was a 2013 Kansas Notable Book. Her poetry and prose have appeared in Crab Orchard Review, Blue Mesa Review, Flint Hills Review, and elsewhere. 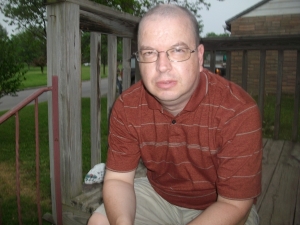 On the way home

After such a loss

Ahead of the rattling bus

No one wins in these Flint Hills

On a cold January night

Players feel only the rising

And falling of glacial drifts.

The ebbing and flowing

Of an ancient sea

Once blew across waves

They leaped out of the darkness

And caromed back into spray,

Across the moonless night.

One player stirs from sleep

With such a bellowing cry

Rising from his diaphragm

But squelches it just in time,

And then turns to the window

And the undulating plains

With an uncomprehending gaze,

Unaware of the lesson about loss

Among the endless ravines,

That after the struggle ends,

And all memory of victor

Only the wind will be left

To remember the sounds.

In the Flint Hills, I by Pat Daneman

There is nothing here,

No buildings, no bleating herds of taxis,

But stay awhile and you will learn the way

along the yellow paths,

feel under your shoes the bones

that spreads each season’s current underground.

You will see how many days of stillness

it takes to make the sky move,

how many months of drought

to map a riverbed, how many years

of wind hammering to build

Pat Daneman has lived in Lenexa, Kansas since 1986. Recent work appears in The Moon City Review, I-70 Review, Bellevue Poetry Review, and The Comstock Review. Her chapbook, Where the World Begins, is forthcoming from Finishing Line Press. She is poetry co-editor of Kansas City Voices magazine.

This Town by Lisa Hase-Jackson 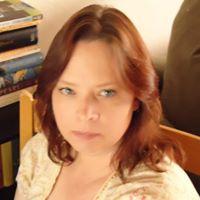 mostly the same. The wrought

iron benches around the square

have all been repainted glossy black

in favor of conversation. Store front

windows are thicker at the bottom

than they used to be, and the Christmas wreath

in the antique mall, thick with wood smoke

and dust, is perennial now.

at Koger’s Five and Dime. Yesterday

I passed my first

crush on second street. He

or pretended not to. He

probably still works for the County

and rides his Harley to the city

on weekends it doesn’t rain. The Burkes’

if the church marquee is any indication.

for the funeral reception and the weeks
that follow, help out with planting in the spring

maybe even the harvesting come fall,
being sure to mark their good deed
on the feed-store calendar held
up by the bank magnet

on their refrigerator door.

Lisa Hase-Jackson holds a Master’s Degree from Kansas State University and is pursuing an MFA from Converse College in Spartanburg, S.C. She is the Reviews Editor for South 85 Journal and facilitates two poetry blogs: ZingaraPoet.net and 200 New Mexico Poems. Recently, her poems have appeared in such literary magazines as Sugar Mule, Kansas City Voices, Pilgrimage, and As/Us Journal and anthologized in To The Stars Through Difficulty: A Kansas Renga, and Lifting the Sky: Southwestern Haiku & Haiga.

19. To the Stars Through Difficulty: Izzy Wasserstein

We are caught in it, pulled inexorably on—the arrow
points always ahead. Keep time with the clouds
of your breath, faint pulse through your veins.

The stars and their children do not watch,
are unaware. A breath: a great sea stretches beneath
the sweep of the galaxy. A breath: an arrowhead

pierces the sod. A breath: a planet sundered,
or thrown to the void. This is no mournful tale.
In such vastness, we fill our lungs with winter air.

An owl dives. We freeze. The sky keeps its own time.