This site was started by Caryn Mirriam-Goldberg in 2011 as part of a project for her work as the Kansas poet laureate, and since then, it has evolved into a community of poets curating poems that speak to themes vital to many of us in and beyond the heartland. Here’s a brief history:

To celebrate the state of Kansas’s Susquicentennial, this site featured 150 poems selected by Caryn Mirriam-Goldberg. The poems were subsequently published as Begin Again: 150 Kansas Poems by Woodley Press, and many of the poets participated in close to 15 readings throughout and beyond Kansas. See more on Begin Again here.

With the dissolution of Kansas Arts Commission and deep diminishment of funding and other support for the arts in Kansas, we needed a project to bring together Kansas poets and help us voice our visions. Thus was born the 2012 theme: a renga — a Japanese form of a communal poem in which each poet adds onto what the poets before him/her/them wrote — in 150 voices. The collective poem written in 150 voices led to publication of To the Stars Through Difficulties: A Kansas Renga in 150 Voices published by Mammoth Publications and awarded as a Kansas Notable Book. Upon publication of the book, poets involved met in various combination for over 20 readings throughout and beyond Kansas.  See more on Begin Again here.

Some Readings From This Site Over the Years 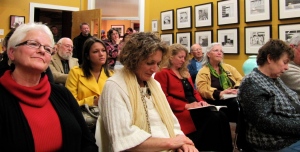 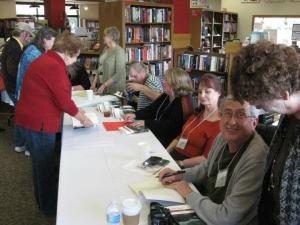 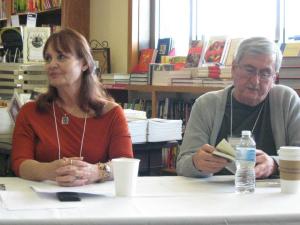 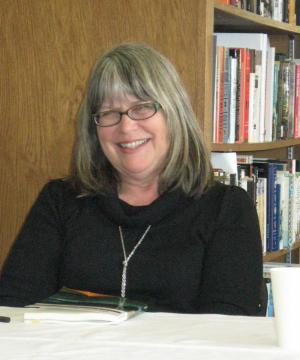